Monsters in the Mist 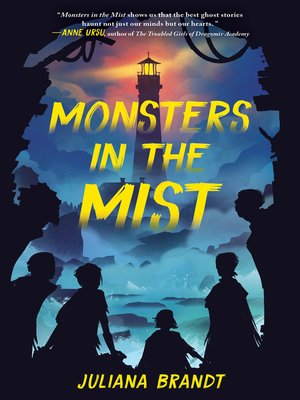 When Glennon McCue moves into a lighthouse on a mysterious island not found on any maps, he must figure out why those who visit are never heard from again before he and his family fall victim to the island's curse.

When Glennon McCues father takes an overseas position, Glennon finds himself relocated from Minneapolis to his Uncle's light house on Isle Philipeaux, smack dab in the middle of Lake Superior surrounded by nothing but black, ominous waters. The place is frightening and becomes even more so when a storm rocks the island and a ship wrecks outside the lighthouse. Even worse, the survivors are terrified to learn they've washed up on the phantom isle.

There are many stories about Isle Philipeaux; sailors wash ashore...and are never seen again.

Suddenly, Glennon finds himself in the middle of a real-life ghost story, and unless he can figure out the mystery of the island... he and his family will be lost forever, too.