The Strange Power; The Possessed; The Passion 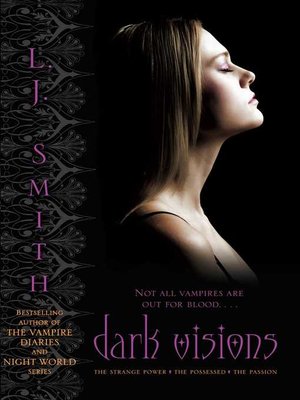 Kaitlyn Fairchild has always felt like an outsider in her small hometown. Her haunting eyes and prophetic drawings have earned her a reputation as a witch. But Kait's not a witch: She's a psychic. Tired of being shunned, Kait accepts an invitation to attend the Zetes Institute, where she can have a fresh start and study with other psychic teens.

Learning to hone her abilities with four other gifted students, Kait discovers the intensity of her power — and the joy of having true friends. But those friendships quickly become complicated when Kait finds herself torn between two irresistible guys. Rob is kind and athletic, and heals people with his good energy. Gabriel is aggressive and mysterious, a telepath concealing his true nature as a psychic vampire, feeding off of others' life energy. Together, Rob and Gabriel's opposing forces threaten the group's stability.

Then one of the experiments traps the five teens in a psychic link. A link that threatens their sanity and their lives. And Kaitlyn must decide whom to trust...and whom to love.