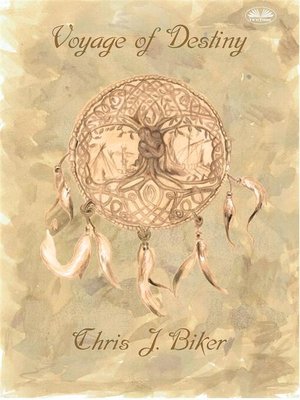 View more libraries...
This novel aims to convey to readers the characteristics that have made these two peoples great, which although so different from each other have recognized themselves as one great soul.
Ulfr, son of the Viking King, and Thorald, the only son of a very wealthy man Jarl, had bonded as children, like their fathers before them, by the oath of brotherhood. At the age of 16, following atrocious retaliation by Thorald to avenge his father's death, the King orders the two young men to leave for a long journey at sea. During the crossing they are suddenly caught in the relentless fury of nature that endangers their lives, and risks sinking their ship, Knorr, with all the crew. But fate has something different in store for them, and they reach the shores of a new, rich and fertile land: America. The confrontation with the Natives turns out to be the most important for both peoples, so different from each other, yet at the same time similar in pride and moral integrity. It is a meeting that radically changes the lives of some of them. This is a journey into a world that is now lost, where Love and Respect are the fundamental foundations of the natural right to live of the human being. Because only then is there union with everything!
PUBLISHER: TEKTIME