A Stripe for Frazer 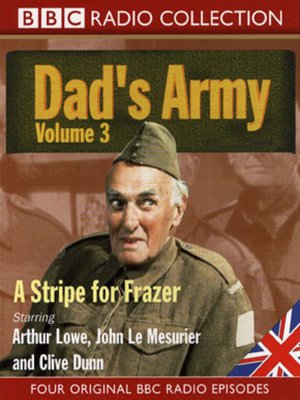 The Honorable Man, High Finance, The Battle of Godfrey's Cottage, A Stripe for Frazer.

From the annals of wartime Britain come four brilliantly funny episodes with Captain Mainwaring's fully-trained Home Guard platoon, ever ready to strike terror into the heart of the Wehrmacht from their unit in Walmington-On-Sea. Always prepared to fight to the finish, this endearing team of characters are at their incompetent best in these wonderfully entertaining adventures specially adapted for radio. So...prepare for an emergency exercise, a wedding guard of honour, an enemy infiltration and a mock battle.