It's Already Us In Ten Minutes 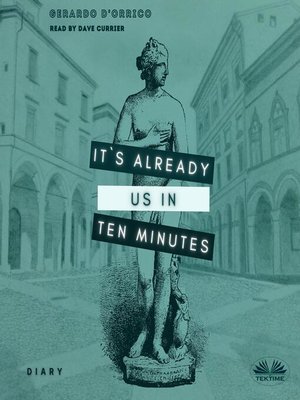 This diary is the third book written by me, an exploration of urban and suburban environments to observe humans and modern objects. Representations in philosophical or mathematical form in order to find the right amount of motion, the proof that good is a higher feeling than an evil, the right repetition of always the same things to confirm that here one cannot say the false is even less realize it. A certain practicality that can be associated with a manual on socio-political rights, then the different forms of exit from a modern unhealthy or incorporeal being. The becoming of one's own experiences, of one's own dreams in their reality, without basic problems to confirm an overall human evidence, finally the transfer of social and anthropic material so much contested in these years after the year two thousand. The period of the twenty-one letters contained reaches from December 2008 to July 2010.