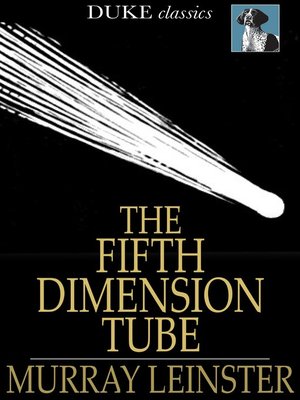 Settle in for a rollicking science-fiction adventure from golden-era star Murray Leinster. In The Fifth-Dimension Tube, a prominent scientist and his beloved daughter have become stranded in another dimension. In order to survive, they must cast their lot with rogue mathematician Tommy Reeves. To succeed in this life-or-death endeavor, Reeves has to overcome not only his own gadabout ways, but also the thugs who are pursuing him.