The Pirates of Ersatz 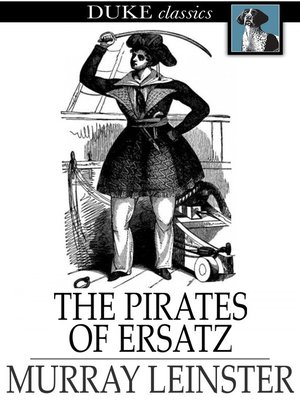 Protagonist Bran Hoddan wants nothing more for himself than to be free of the taint of criminal activity that has long besmirched his clan. His plans for his future include a steady job and a fulfilling marriage. However, unforeseen circumstances have intervened, and suddenly Hoddan finds himself being pursued by a brutal group of primitive people. In desperation, he turns to his native trade -- piracy -- to free himself.