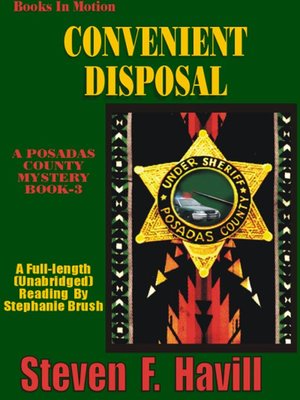 To most people, hat pins are vestiges of the past, used now only by elderly ladies who don't leave home without a hat. But recently the notion store in Posadas County has been doing a good business selling hat pins to teenage girls. Following a "cat fight" over a boy, one of the girls, Carmen Acosta, had been suspended from school. But Carmen's friends are still around. So, Deena, Carmen's rival, wants something with which to defend herself. Not long afterward Posadas County Undersheriff Estelle Reyes-Guzman is called to Carmen's home. When she arrives, Carmen's father, is in police custody and an unconscious Carmen is on the way to the hospital "beat to a pulp". It is of course, hard to believe that young Deena is responsible. Estelle has many other suspects to choose from, since the Acosta family holds the record for the number of domestic violence calls the police have received. The question is, which of the other four children or which parent is responsible? Or is it someone else entirely?