Give Your Heart to the Barrow 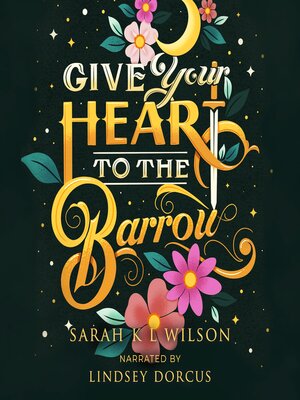 A LOSS UNBEARABLE. A DESPERATE PLAN. A WOMAN DETERMINED NOT TO LOSE.

﻿GIVE YOUR HEART TO THE BARROW is the third book in the Bluebeard's Secret series following the eerie and romantic story of DANCE WITH THE SWORD.

Alone and with her hopes dragged to the bottom of the sea, along with the husband she just realized she loves, Izolda finds herself in the mortal world as princess and counselor to her brother Svetgin, now king of Pensmoore.

But Izolda is not the practical girl she once was who would have been happy for a home and a place. Instead, she's willing to make any bargain and offer any sacrifice if it will just get her back into the Wittenhame with a chance to win back the life of the man she loves, the man she once feared, the man destined to change everything - Bluebeard.

Can Izolda out-bargain the bargainers, out-trick the tricksters, and out-dare everyone else in her desperate bid to get back everything she's lost?