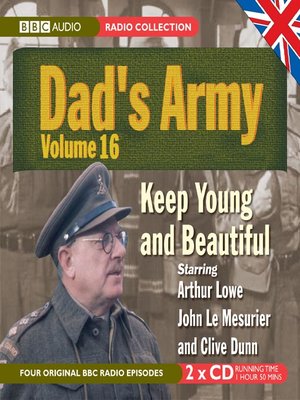 From the annals of wartime Britain come four brilliantly funny episodes with Captain Mainwaring’s Home Guard, ever ready to strike terror into the heart of the Wehrmacht from their unit in Walmington-on-Sea.

The platoon are selected to provide a guard of honour for a visiting French general. When Lady Maltby donates her Rolls Royce to the war effort, Mainwaring decides that it would make an ideal staff car...

The Two And A Half Feathers

An old soldier named George Clarke, who served in the Sudan with Jones, joins the platoon. He tells everyone that Jones left him to die in the desert. When Jones starts to receive anonymous letters accusing him of cowardice, he decides that it's time to put the record straight.

Jones accidentally shoots a turkey and the owner can't be traced, so the platoon decide to use it to give the local pensioners a turkey dinner…