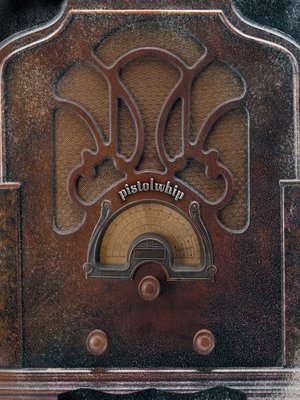 "Good storytelling; strong, distinctive (and very pleasing) graphics, and cool names like Charlie Minks and Jack Peril! What more could you ask for? If you like the cartoon stylings of Adrian Tomine or Jason Lutes, you need to read Kindt and Hall's Pistolwhip!" — Jeff Smith, creator of Bone

Tune-in your dial to the smashing Top Shelf debut of two young upstarts and witness with wonder as the lives of morally ambiguous characters collide in a train wreck of a graphic novel called PISTOLWHIP! A naÃ¯ve bellhop's struggle towards a life's ambition; an expatriate musician on the run; a young woman's battle with her paranoia and her past; and the mysterious figure who wants to control their lives. Set in an exotic atmosphere of a by-gone era, PISTOLWHIP is a marvelous tale crafted with a crime noir feel and an artistic style reminiscent of the best European graphic novelists. We promise you will be rewarded with each re-reading of this elaborate narrative.